Do you have a bad habit of consuming a large amount of alcoholic beverages in social situations? If you are also in the habit of driving your vehicle after drinking substantial amounts of alcohol, you might want to put an end to it. If you have no control over limiting your alcohol consumption, it is likely an addiction. If you don't seek professional attention, you can end up with multiple offenses for driving under the influence of alcohol (DUI), which could lead to various penalties. This article provides a list of some of the penalties that you are at risk of facing if you don't stop drinking and driving.

1. You Can Lose the Privilege of Driving

One of the penalties that you might face is your license getting suspended for a while. The suspension can result from a few things happening. For instance, if you are charged with a DUI numerous times, your license will likely be suspended. It is also possible for suspension to happen if you cause a collision. If you cause too many driving offenses due to alcohol abuse, it is possible for your driver's license to be permanently revoked.

Just as when drivers get into collisions their insurance rates go up, the same thing can happen when you are charged with a DUI. You don't want to end up with your auto insurance going up to a rate that isn't easy for you to afford. If you were to stop paying for the coverage and get caught driving under the influence, your penalties will likely be more severe.

SR-22 insurance, such as from LA Insurance, is one of the things that might become mandatory if you don't stop driving under the influence of alcohol. Basically, SR-22 insurance is just a security measure to let the DMV know that you are not driving without insurance coverage. The certificate of responsibility must be obtained through your insurance company. The DMV can require that you maintain SR-22 insurance for a specific period of time, and your license can be suspended or revoked if you don't follow the rules.

4. Legal Precautions Will Be Taken Against You

The worst penalty that you are at risk of facing for driving under the influence of alcohol is time in jail. The sentence can be short or long-term depending on your history of being charged with a DUI. Bringing your addiction under control is the best way to avoid facing legal penalties. 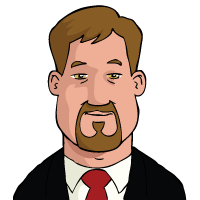 If you need to purchase any type of insurance, you should learn about the different kinds of policies before signing up. It's also important to compare each type of policy and determine how much of a deductible you can afford to pay if necessary. Hello, my name is Debbie Janson and I'm glad that you discovered my insurance blog. I started doing research on insurance when I decided to get a new policy. I wanted better insurance coverage at a cheaper price. After learning about insurance and the different terms that are often used to write up a policy, I felt confident that I could purchase the best insurance for my needs. I've written down the information that I've learned in this blog so that I can help others better understand their insurance policies too.

Are you currently only carrying the minimum amount …

Have you had your license taken away because you d …

You might have decided that you want to open a med …

The decisions that you make concerning your auto i …

Looking For Homeowner's Insurance? 3 Factors That Determine The Premiums
9 August 2022

Insurance companies have a list of factors when de …